Having an Open Mind… 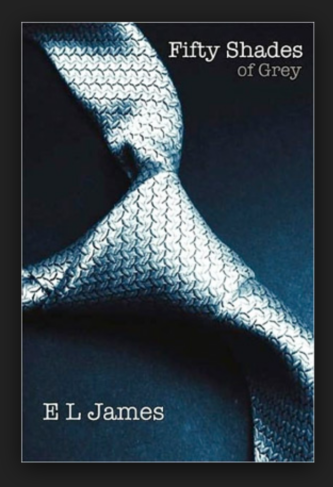 This is potentially going to stir this pot and start some debate but I have been thinking about this a lot with all the controversy of the 50 Shades of Grey books and now the very soft version(in my opinion) of the book in movie form.

As a society we seem to judge people who enjoy for their sexual preferences and I fail to see how another person’s likes and dislikes in their private lives has anything to do with us as long as no one is getting really hurt in the process. We fail to remember at times that these acts are primarily between  two consenting adults that go into these relationships of their own free will.

I have heard many people criticizing the books and saying that people should boycott the film and donate the money to battered women’s shelters instead. Explain to me how this story line is about a battered woman. The female character in the story is given all the details of his likes and chooses to stay with him.  He never abuses her and when he does spank her, it is when she asks him too. Does he get overzealous? A certain amount of pain during sex can be erotic and that a known fact. If it is not for you then it’s not for you.

If people would consider the psychology of this story instead of focusing on the BDSM they would actually realize that this man was a survivor of a tortured childhood and this lifestyle became his coping mechanism and when the time came that he met a woman that he truly falls in love with he starts to change over the course of a short amount of time. How do you see that as a negative? I choose to see that if in less than 6 months this man goes from never having a healthy relationship and can’t even sleep in the same bed as a women to giving himself to this woman and being open to exploring the intimacy of making love and being touched as being a tribute to the power of true love.  Is this man controlling and passionate? Absolutely he is but with time he learns to trust and communicate. I know many Counselors who haven’t seen that much progress in therapy in that short amount of time.

All I am trying to do with this post is open your eyes just bit to how abuse does damage to the pyre and we all handle that differently.  Sometimes it begins very unhealthy but over time it could be very positive. Maybe I relate to his character in some way so I see it from a different view but I hated the character in the first book because I didn’t really understand where the rage was stemming from, then with book 2 and then 3 I was able to relate and sympathize with the character. This story is fictional but I think maybe if you read it from a different mindset you may see it a little less aggressive.  Just consider it and tell me what you think.

I am open to the comments but be prepared for debate. We may need to agree to disagree!

3 comments on “Having an Open Mind…”